Katelyn Eileen Collins is the eldest child of her family. She participated for five years on the SCHE Eclipse Robotics team, played flute in the SHMC band, and is a Dan Bo (Deputy Black Belt) in the local NPS Taekwondo club. She plans to test for 1st Dan Black Belt next summer. Katelyn loves caffeine, late nights, and music. She loves to draw, write, and play video games. She hopes to become a webcomic writer and music producer in the future. She plans to attend Mississippi State University as an art major to further her creative passions. One of her goals in life is to create a world as deep as J.R.R. Tolkien’s Middle Earth. Her favorite Tolkien quote is “Little by little, one travels far.” 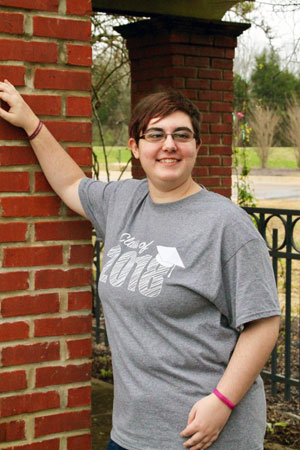