Holly Rachel Burkis is the daughter of Todd and Ranya Burkis. She is the sixth of nine children and has been homeschooled since kindergarten. She enjoys being with family and friends, going for drives, being outside, and all the little things in life that make her smile. Holly has played thirteen years of soccer with SCHE and eight years of softball; six of those with Starkville Christian School, along with cross country. She has enjoyed every bit of her athletic endeavors. She also participated in the Starkville Homeschool Music Co-Op. Ten years were allotted to choir and five to band.

One of Holly’s favorite Bible verses is Jeremiah 1:5 “Before I formed you in the womb, I knew you before you were born, I set you apart; I appointed you as a prophet to the nations. “After graduation, she plans to work while searching out God’s direction for her future; which, she hopes will include foreign missions. 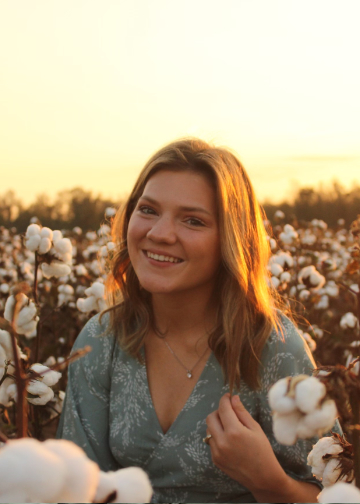