Stephen “Caleb” Foster is the son of Stephen and Joeann Foster and the eldest of ten children.  He enjoys playing piano and guitar, playing sports, reading, shooting, and doing anything outdoors.  He played quarterback for the homeschool flag football team, the “Mustangs”, since he was 13.

He has played piano since age seven and won awards in numerous local, regional, and state competitions.  He was awarded a scholarship in 2009 to the Mississippi Discoveries Music Camp.  In 2013 he won the gold medal for Piano Solos at the state level.

Caleb has excelled in his academics and was recently named a National Merit Finalist.  He plans to continue his education at MSU in the fall and obtain a degree in Mechanical Engineering as well as participating in the Shackouls Honors College.

In the past couple of years, Caleb has worked for FGen Solutions, a family web-building business that is run by his dad.  He has helped build several websites for local businesses and charities and works directly with the customer managing content and updating their sites.  Through his work, he has learned a lot about web design, internet hosting, computer programming, writing, and important business skills. In addition, he has helped build his mom's blog, fosteringgenerations.com, and his own website, stephencalebfoster.com.

Caleb is thankful for his brothers and sisters and doesn’t know how he would survive without them.  He is also thankful for his parents for their guidance, not only academically, but most importantly spiritually.  Whatever God has in store for him, Caleb’s life goal is to glorify God and live in a way that pleases Him.  One of his favorite verses is 1 Cor. 16:13-14, “Be on the alert, stand firm in the faith, act like men, be strong. Let all that you do be done in love.” 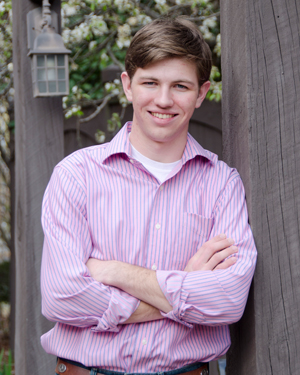